The objectives of the camp are to equip participants with the knowledge and digital capacities, empower participants to communicate and disseminate their work online, facilitate the creation and implementation of technology-enabled solutions, generate new evidence on the digital challenges and concerns, and forge an active network of like-minded professionals.

On 22 June 2022, all participants gathered in front of ODC’s office at 8:30 am to travel by bus to Siem Reap. After arriving at the camp, we warmly greeted the participants and other notable guests with a welcoming speech by Mr. Thy Try, Executive Director/Editor-in-Chief of ODC. We also welcomed everyone with a Blessing dance, Apsara dance, Phloy Souy dance, and Volunteer performance. We finished the day with a very delicious dinner. 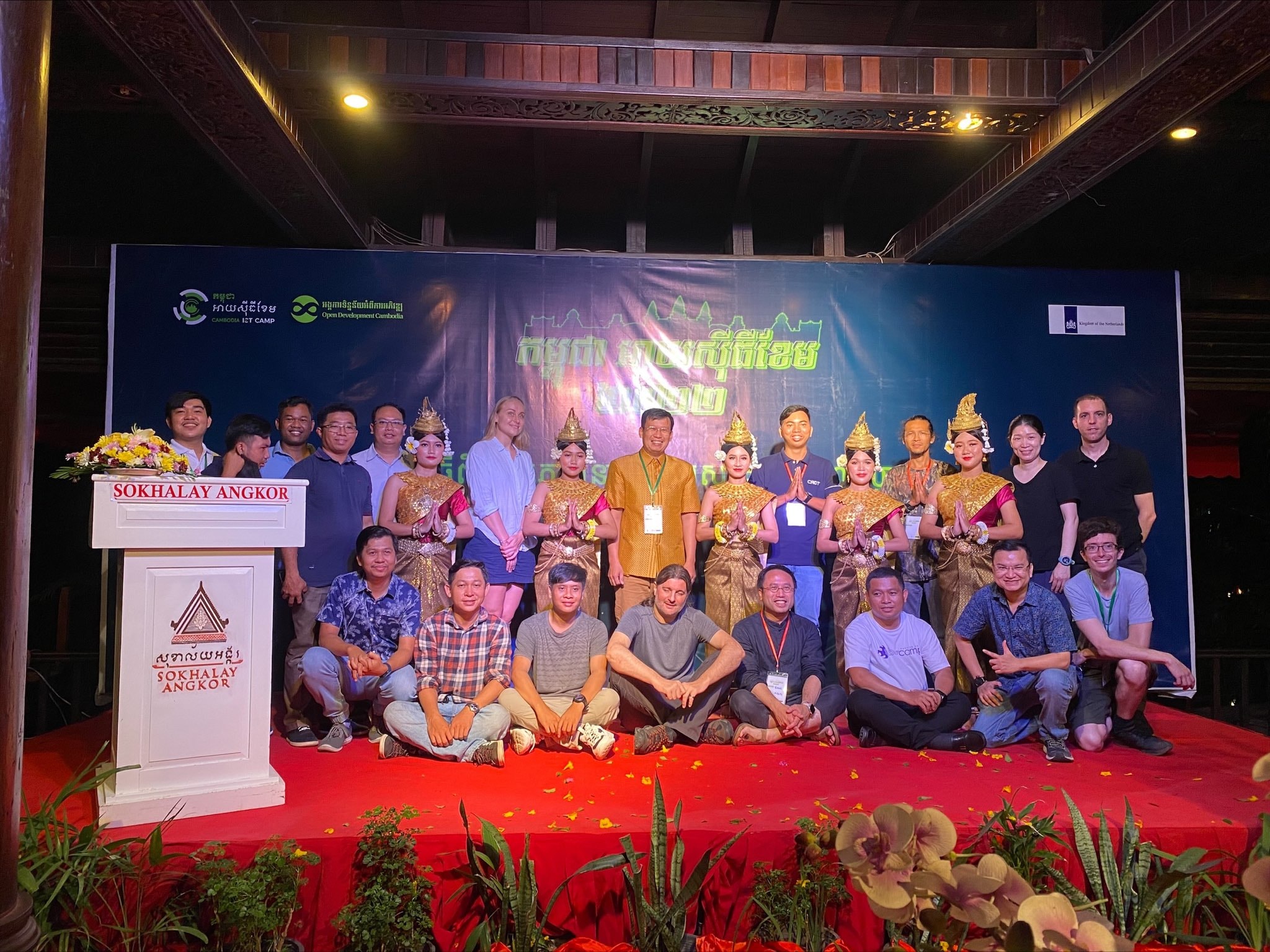 On 23 June 2022, we officially kicked off the camp with the welcoming remarks by Mr. Thy Try. He welcomed all participants, speakers, and honorable guests from all over the region to join the camp. He expressed his gratitude to the Netherlands Embassy for supporting the camp. He also addresses the importance of data privacy in Cambodia, which aligns with the new regulation by the Cambodian government on the National Internet Gateway. 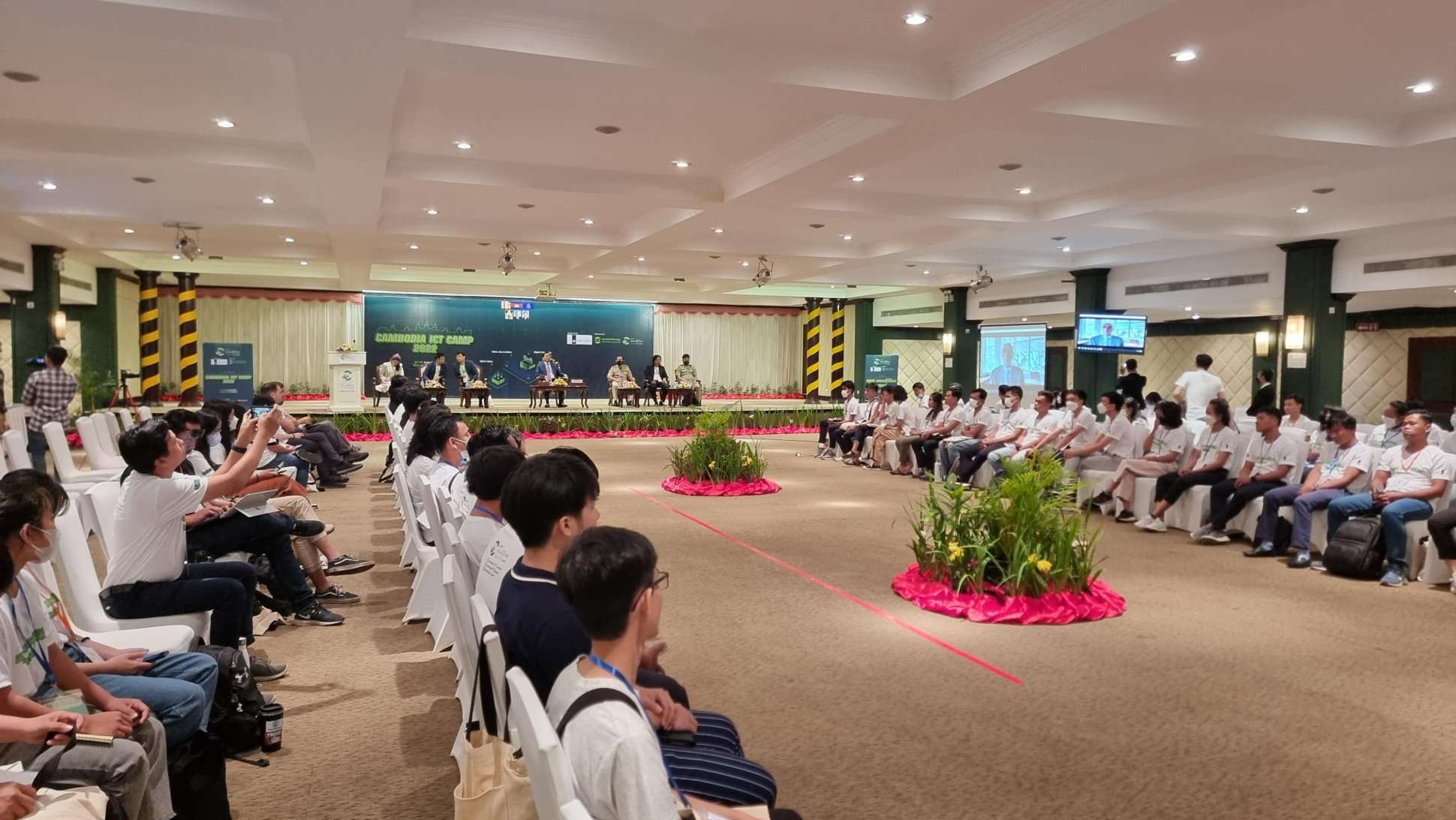 The event continued with a welcoming speech by H.E. Remco van Wijngaarden the Ambassador of the Netherlands in Bangkok. The ambassador expressed his gratitude and welcomed all the participants and speakers. He wished to join the event physically but could not make it to the camp due to conflicting schedules. The Netherlands Embassy was happy to support ODC to improve digital rights and data literacy in Cambodia.

Mr. Nob Vy, Executive Director of CamboJA, gave the first keynote speech on Data-driven Journalism. He emphasized the importance of open data in journalism, such as promoting open society, debate, transparency, social accountability, good governance, development, and quality stories by journalists. In order to find reliable sources to support the importance of data in story writing, he mentioned a few research or documents including archived stories produced by journalists, open data sources, government, and the private sector.

The second keynote was delivered by Mr. Ngeth Moses, Digital Security Specialist on Digital Security. He focused on social media adoption, smartphone connectivity, access to digital information, and the digital landscape for Cambodia. However, he stated that the changes came with a few risks, including cyberattacks on political and human rights journalists. He hoped that ICT Camp would facilitate the exchange of technology and digital knowledge and experience for everyone.

Another important agenda of the day was the opening speech by H.E. Huy Vannak, Secretary of State, Ministry of Interior. He firstly discussed Cambodia’s transition into the digital era and Cambodia’s vision to transform itself into a middle-income country by 2030 and a high-income nation by 2050 through two main goals, the digital economy and digital government, which is important for everyone to be knowledgeable about technology. Adding to this, he raised about cyberbullying, hate speech, and violence on social media, which cybercrimes were on the rise; therefore, we needed to focus on the improvement of ICT infrastructure, digital literacy, digital legal framework, data protection, data and innovation, and control over censoring data. 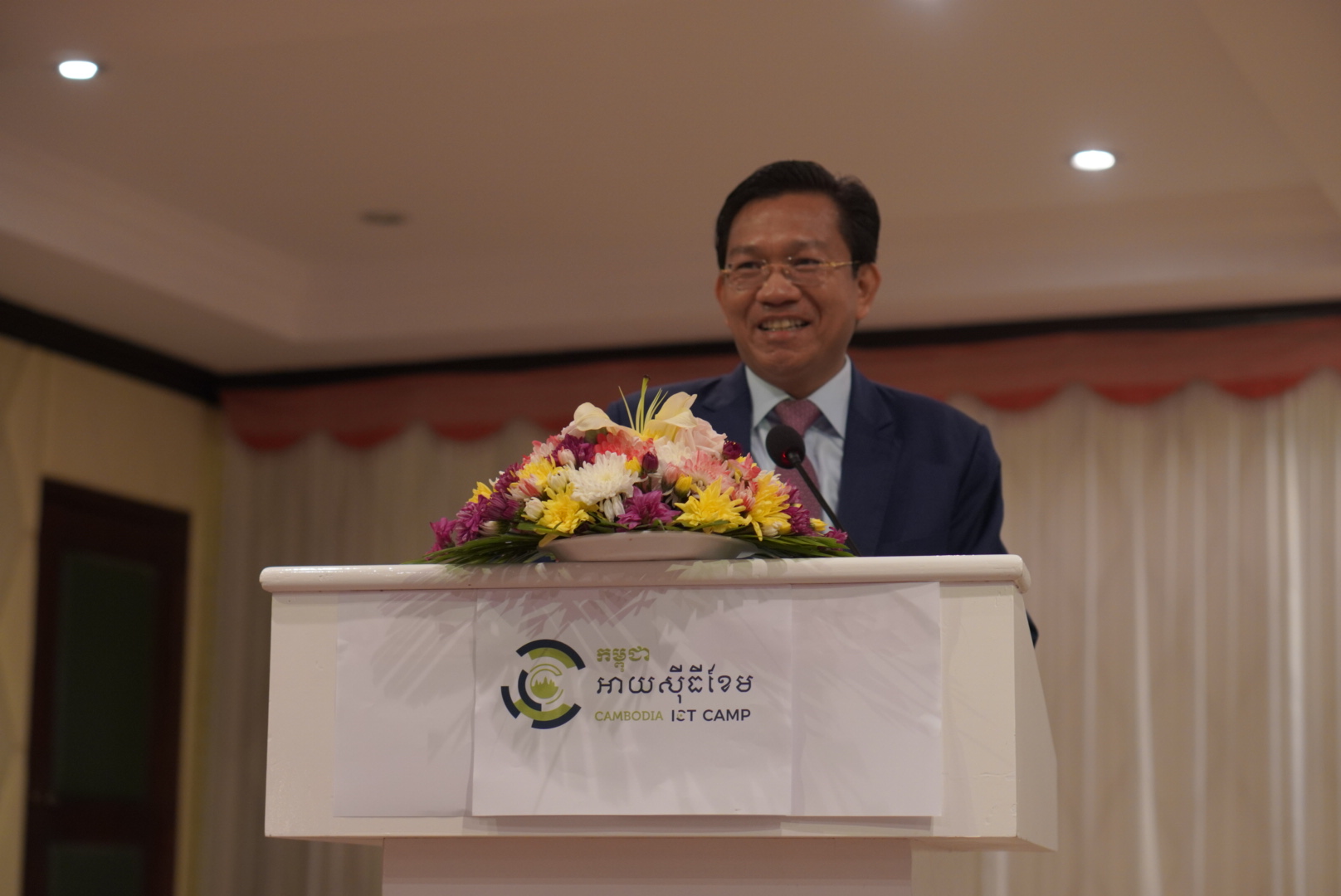 After the opening speech, there was a morning circle/participant introduction on Introduction to Digital Clinic. The facilitator played an icebreaker game and engaged the participants by asking nine questions, mainly about daily digital security practices and their experiences with related ICT.

The following special session was the panel discussion on the progress of the Cybercrime Draft Law was also on the agenda. The panel discussion was led by Brigadier Khuon Sokpiseth from the Ministry of Interior, Mr. Nob Vy, and Ms. Chhan Sokunthea from CCIM and moderated by Mr. Thy Try. They discussed the law on cybercrime and general use of the internet in Cambodia that the incident of unintentional use of the internet could lead to cybercrime. 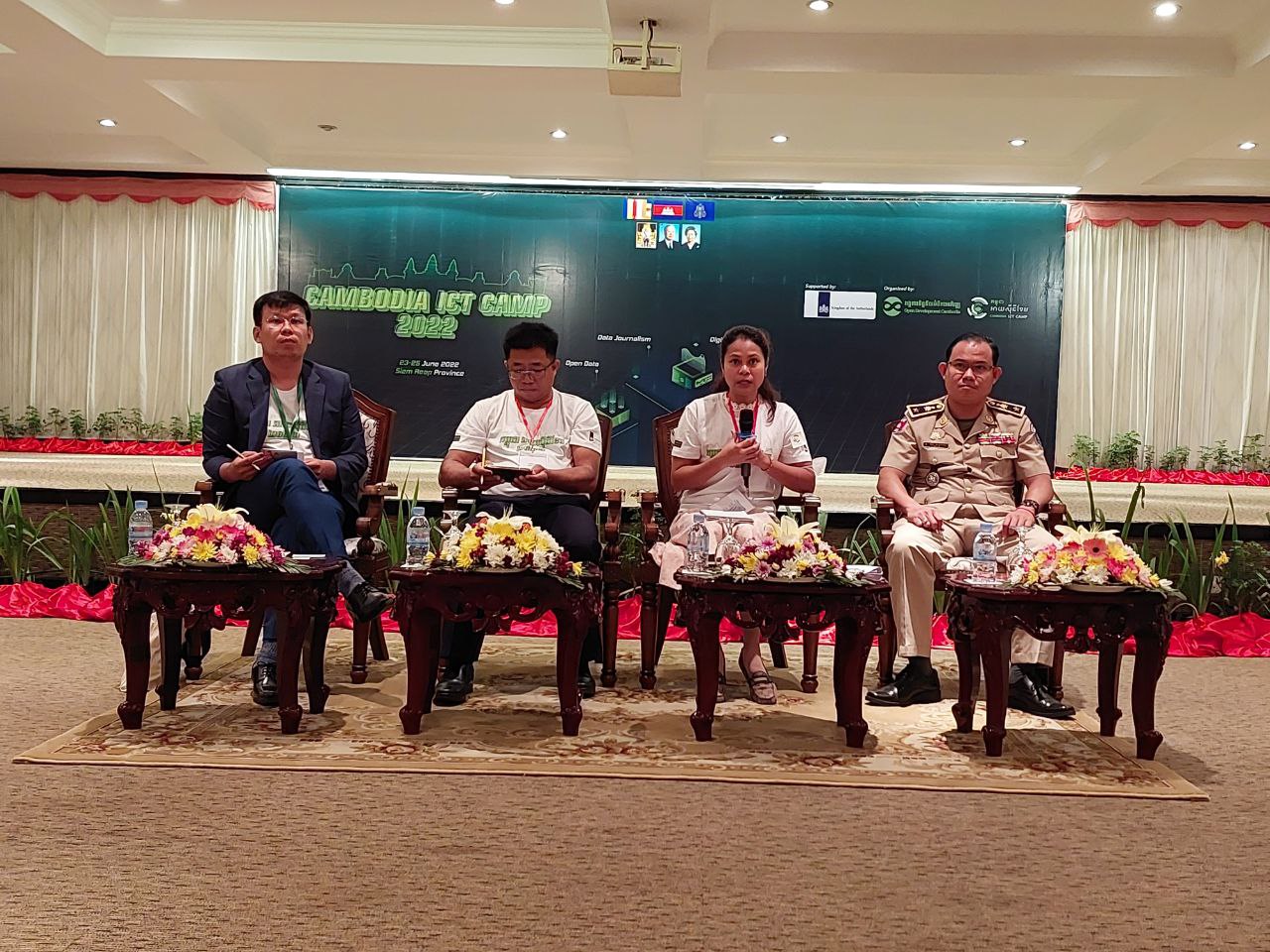 The participants then asked Brigadier Khuon Sokpiseth about the involvement of NGOs and relevant stakeholders in the draft law on cybercrime. However, he could not guarantee whether the NGOs could be involved in drafting the law or not in the future since it was a decision by the government on the involvement of any stakeholders. Another question was about implementing the new cybercrime law to ensure that it could be practical and based on the international standard, to which the response was that the law was based on the U.S.’s model. There was also a committee to work on it. 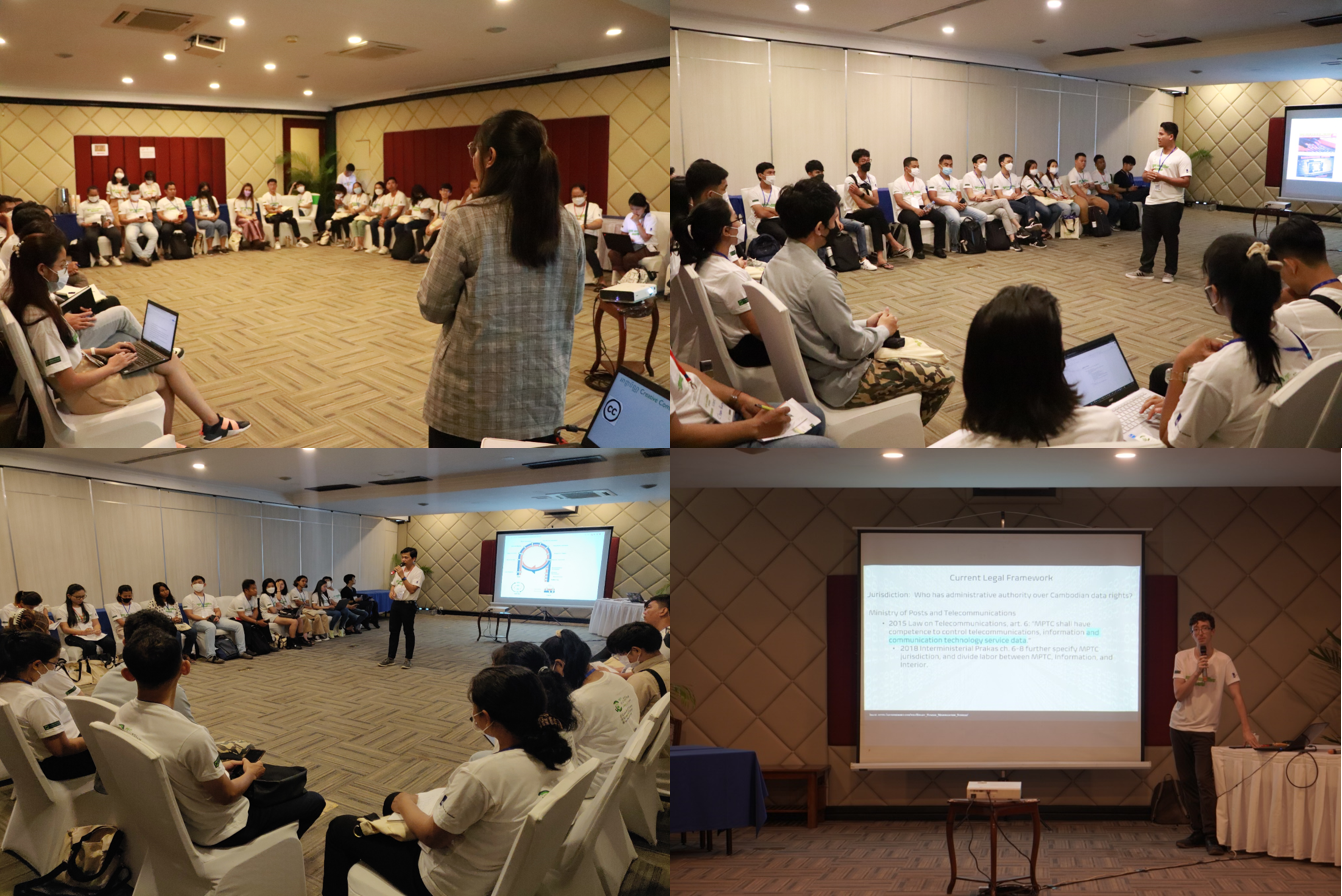